We are now OPEN for the year! We are grateful for your support and look forward to seeing you soon!

Exhibits at the Dollhouse Museum 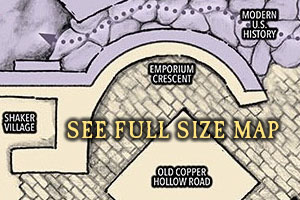 Click to see a map of the whole exhibit space.

Hattie Lincoln feeds the chickens outside her front porch.

A Collection of Distinct Neighborhoods 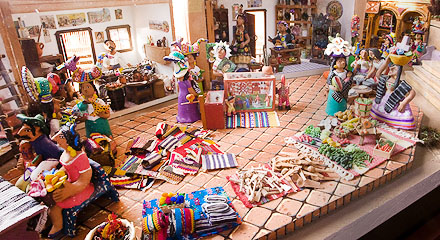 The mercado hums with activity as villagers buy, sell, and dine at the taqueria. 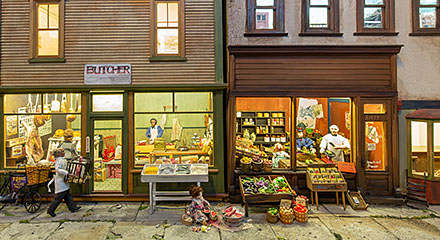 The shops on Market Street feature a rich array of miniature goods.

Everyday Interactions and a Few Surprises 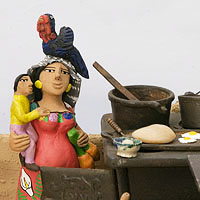 Gabriel “helps” Isabel prepare for dinner hour at the taqueria. 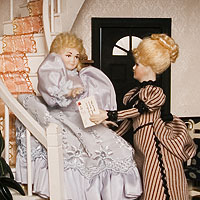 What is in the letter that is being handed off? Perhaps there are clues in the other rooms?

LaVerne Sullivan’s Time Out For the Soaps rekindles the depression era, when radio brought the outside world into a woman’s kitchen. 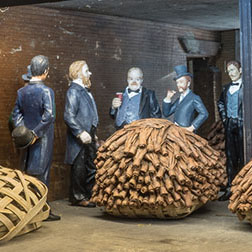 The Museum commissioned artist Bernadine Austin to create authentic tobacco and baskets for the miniature Copper Hollow Tobacco Warehouse at the end of town. 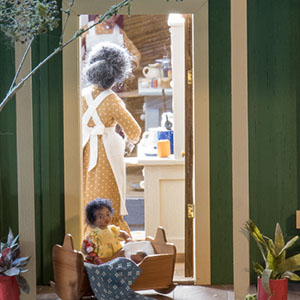 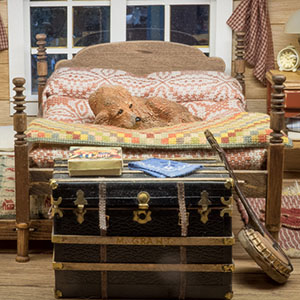 John Freeman is a softie, and his dog Ginger takes full advantage. 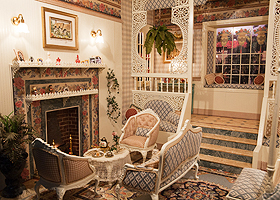 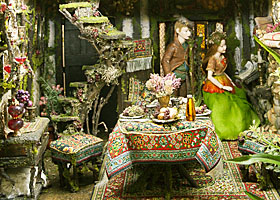 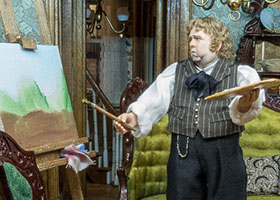 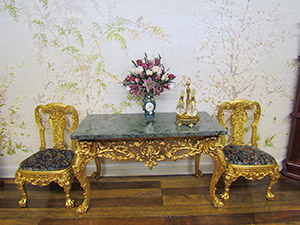 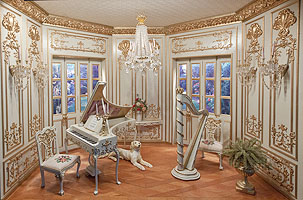 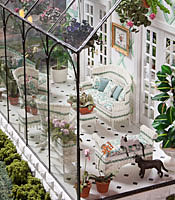 Chest of drawers by Tony Jones. 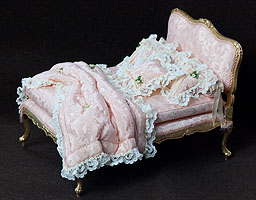 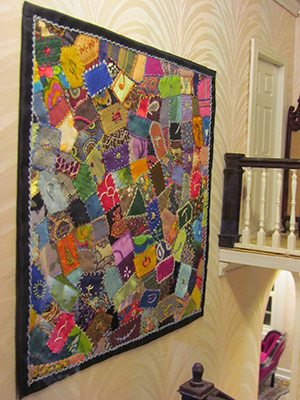 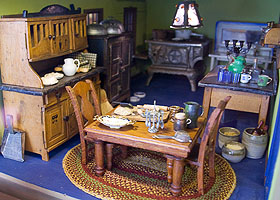 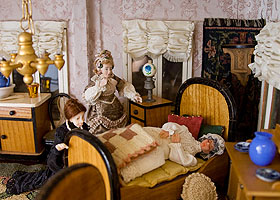 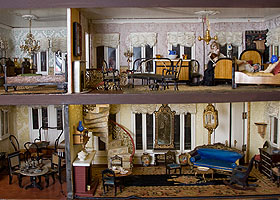 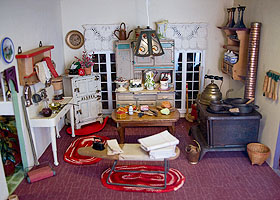 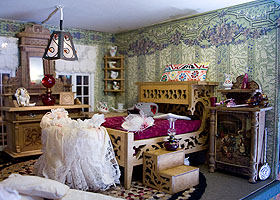 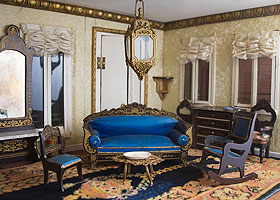